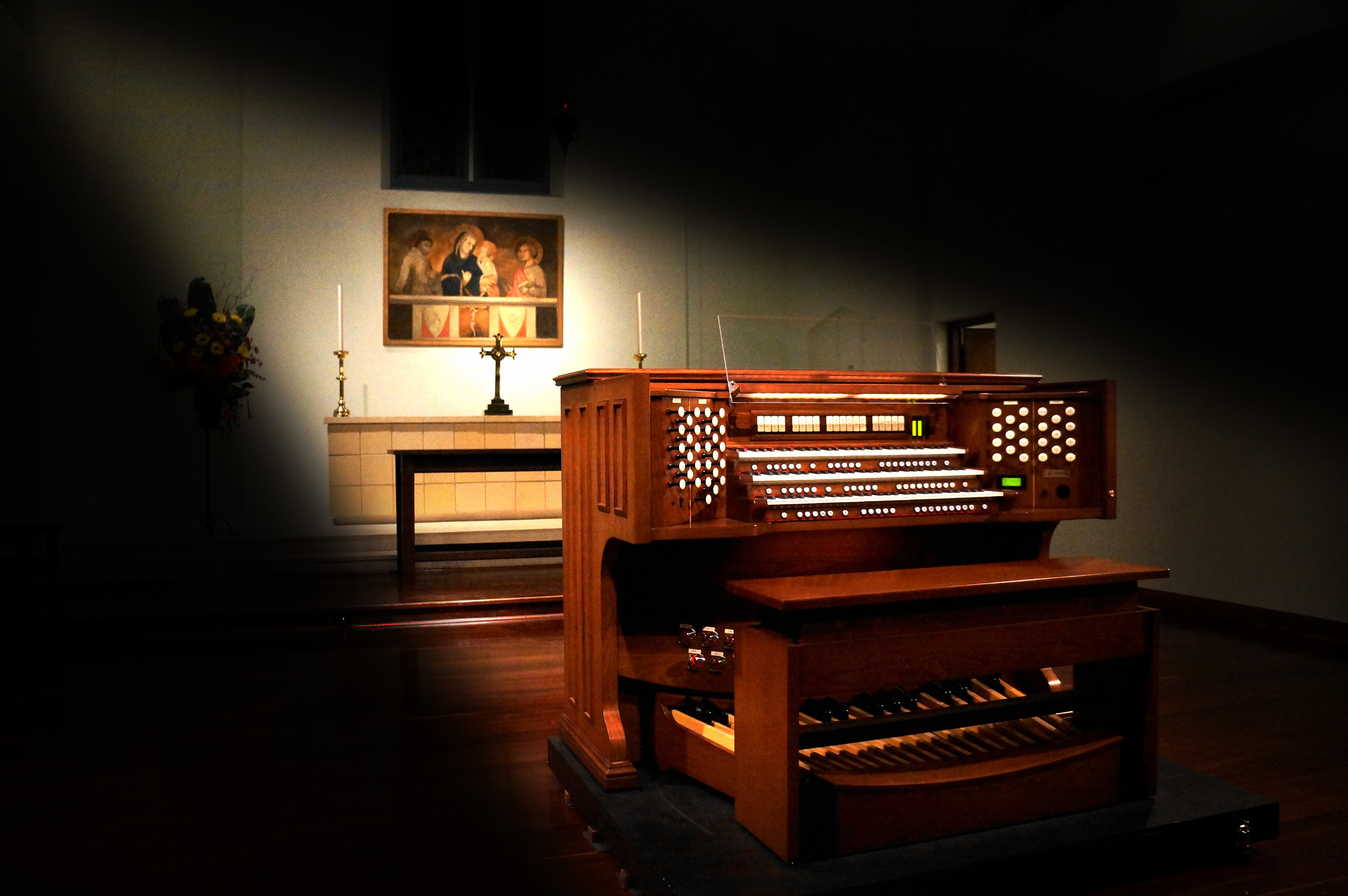 Located in South Perth, Western Australia, St. Mary?s Church is one of the most well-known Anglican churches in WA. Officially named St. Mary the Virgin Anglican Parish of South Perth, the church is heritage listed and celebrates an Art Deco idiom with Gothic Moderne-style architecture, something relatively uncommon in Australia.

Having had a Rodgers 356B Masterpiece Series organ installed, we spoke with The Reverend John Meagher of St. Mary?s in South Perth about their instrument.

Fr. John: ?About 12 years ago, there used to be an old organ in place here that was really getting to the end of its use-by date. We purchased a new one, which we used for a year or so. It did the deed, and it was a standard two manual organ played by a succession of organists that were here.?

St. Mary?s engaged organist Alessandro Pittorino who was a student at the time, and within about six months of him taking on the role of church organist, it became clear that the installed organ was not responding well enough to his abilities, it was really quite limiting.

According to Fr. John: ?We had just received a bequest from two sisters who loved the music in our church and had been part of our church for years. We were looking for a way to honour their memory and to also make use of some of their bequest. We were aware of the Rodgers that was being used in St. Mary?s Cathedral, Sydney and decided it was for us.?

Having been made aware of the Rodgers series of organs, Fr. John explored various other models and brands before settling on a Rodgers 356B Masterpiece Series. His reasoning behind the decision is as follows.

?The difference between our Rodgers and organs we?ve had in the past is that the Rodgers has got independent speakers to the organ console. So having six speakers, three on each side, in the sanctuary and up high on the walls, as well as two enormous sub woofers behind the high altar means that the sound is much, much bigger.?

As Rodgers take architectural, structural and building material in the organ?s space into account during installation, St. Mary?s Gothic architecture was very important to the sound heard from the organ.

?The acoustic in the church is really, really good. So acoustically, the organ works beautifully. It?s certainly got plenty of potential. I didn?t really understand how much until Alessandro (who is now studying at Julliard in New York), played on it.

Alessandro is very ?on top? of what the organ can do, which is not just about volume but about subtlety. His playing went from being fabulous to being exquisite. For him, it was a matter of being able to make use of what the organ has to offer. So for me, that?s been a really good lesson. The organ?s not just a nice big, gutsy organ. It?s also an instrument that has just so much potential, so much variety and subtlety. Most of the organists around Perth that have come and played it absolutely love it. There are even a few die-hard pipe organists who need to go to confession after they?ve played it!?

?St. Mary?s in Perth was built in 1931 and rejoices in what is called inter-wall Gothic style. It has some Gothic features and some Art Deco features. Very high ceilings for example.

We suspect that an organ installation was taken into account when the church was built because when you face the sanctuary on the left hand side, there was a choir gallery which was built with raised flooring.

On the right hand side there was another gallery, which was like a little balcony. My guess is that it was designed for where the organ console would be, opposite the choir. Then there?s a third gallery down the back and my guess is that it?s where the pipes were to be.?

Music at St. Mary?s is highly celebrated, as evidenced from their organ scholarship and their new initiative, a music foundation. Fr. John hopes the foundation will continue to expand.

?By the time Alessandro came here, we decided that we would offer an organ scholarship. We looked for two students, one a university student (Alessandro) and the other a high school student who would be an assistant. We?ve increased our music budget and now have an eight voice choir, a director of music, plus an organist. Music has grown significantly at St. Mary?s. It?s grown from the initial idea of training organists because they?re few and far between in Perth. We?ve now got in place a St. Mary?s Music Foundation which we?re hoping will become a major centre for music in the long term.

We have traditional, classical and together-in-song hymns performed at St. Mary?s, including choirs and occasional recitals. The congregation love the organ. We noticed in the past that if our previous organs were quiet, then the choir would sing softly. Because the Rodgers is so full-sounding without being too loud, it?s done a great job of improving the singing.?

Any church?s decision to install a new organ is something that is never taken lightly. It?s a carefully researched, considered decision to find the instrument that best suits the needs of the church, the congregation and musicians. Fr. John?s unique position of St. Mary?s being in South Perth meant that options for organs in WA were not as wide as they are in other parts of the country. As such, his decision to choose a Rodgers for St. Mary?s was quite measured.

?When looking for an organ, we wanted a brand that would give us good technical support and when the Rodgers option came up we were impressed with the travel undertaken from one side of the country to the other, which is certainly not easy. No question was too hard or too much trouble and we had everything we needed.

We were looking for something as versatile as we could get when we were looking for a new organ. We?re not a huge parish by any standards, so we needed something that would enhance the music, enhance the congregational singing, something that would provide something for the long term for the parish. For a certain concert, Alessandro played predominately on the Rodgers and then one piece on our old organ. You could hear the difference immediately, the Rodgers was simply exquisite.?